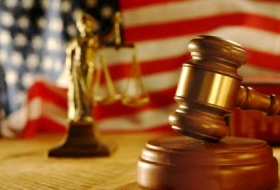 Rasmussen has released a health care poll that shows 55% of those polled in favor of repealing the newly signed health care reform bill. Even more startling, 60% of likely voters surveyed said that they thought that the new health care law would increase the federal deficit. Does this new health care poll portend of a Democratic loss of Congressional seats this November? Democrats with a large senior population may want to take a closer look at this newest health care poll.
Senior Citizens and Rasmussen’s Health Care Poll

Nearly 60% of senior citizens polled by Rasmussen favored repeal of the new health care law. This overwhelming distaste for the health care overhaul could come into play in the November elections since senior citizens are a large voting block that actually turns out to vote at the polls. According to a U.S. Census press release from last July, the 45-to-64 and 65-and-older age groups had the highest voter turn out rate at 69% and 70%, respectively. Typically the 18-24 demographic has the lowest voter turn out in elections. Senior citizens concerned about Medicare cuts and the country’s ability to pay for this newest social overhaul could turn out in force come November and vote out Democrats who voted in favor of the bill.